Skip to content
Home » Behavior » The Tongue-Kissing Mystery: Why Do Dogs Lick Your Face?
Share
Table of Contents show
Introduction: Sometimes, Cute Can Also Be Disgusting
Is This A Problem And Why?
Dogs Lick To Show Affection
Dogs Lick To Get Your Attention
Dogs Lick To Soothe Tensions Among The Pack
Dogs Lick For Cleaning And Healing
How Do You Discourage A Dog From Licking Your Face?
Puppies Will Lick Other Dogs For Feeding Purposes
Conclusion:

When A dog licks your face, it is both endearing and disgusting at the same time. You don’t want to pull away in disgust, because you know your dog is just trying to show affection, but no one wants dog spit in their mouth.

While a little bit of licking from your dog is not necessarily a huge problem, this sort of thing can become a problem if it is left unchecked. We’ve all met that dog who just won’t stop licking people for even one minute, and most of us don’t like that.

Still, it’s hard not to find your dog especially cute when they are stretching up on their tiptoes to give you the canine equivalent of a kiss. Is there a middle-ground approach to deal with this issue? We believe the answer is: yes.

Is This A Problem And Why?

This is a problem, but in most cases, it will not be a serious one. Constant licking is an annoyance to any dog owner, but it is unlikely to cause any major issues. That being said, it is not a problem to ignore.

In some cases, humans have been infected with serious diseases as the result of a dogs’ overactive tongue. There are certain bacteria and viruses that are carried by dogs, and some of them can be contracted by humans. 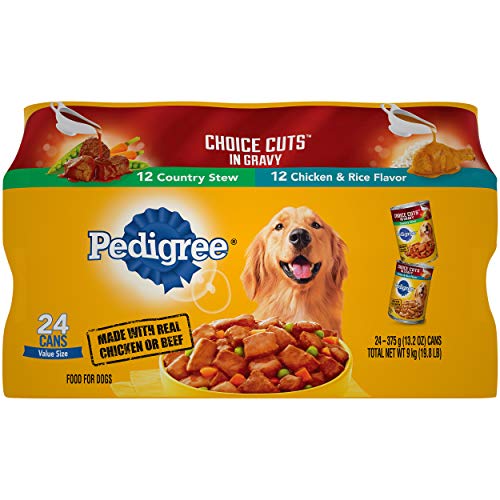 In spite of our many similarities, canines still have a much different bodily system when compared to ours. The pathogens that affect us may not affect them. Likewise, some of their pathogens are harmless to us.

However, there are certain bugs that we do need to worry about, such as Capnocytophaga. Despite the fact that this bacteria is extremely common to the gums of dogs and cats, it has not been heavily researched. Many of its’ qualities remain unknown.

The good news is that this kind of infection is rarely dangerous. The Capnocytophaga bacteria is only transmitted to about 10-20 people per year, making your chances of contracting it very small. This bacteria requires a heavy concentration before it can be easily transmitted.

That being said, the saliva of dogs carries beneficial enzymes that help to kill disease-causing bacteria. This is why dogs have a natural tendency to lick their wounds. Some primitive cultures also use dog saliva for healing purposes.

In order for this bacteria to cause you any serious health problems, you almost have to have a pre-existing condition. Research has determined that a full third of those infected by this bacteria had asplenia issues, and another 24% were alcoholics.

In fairness, it should be noted that your chances of contracting a disease as a result of a dog licking your face are very thin. However, it is a risk that may not be acceptable to those who are of fragile health.

The most obvious motivation for this behavior is also the most commonly known. When dogs lick, it is usually a way to say “I like you.” While there is no way to read a dog’s mind, the context in which this activity usually occurs leaves little doubt. 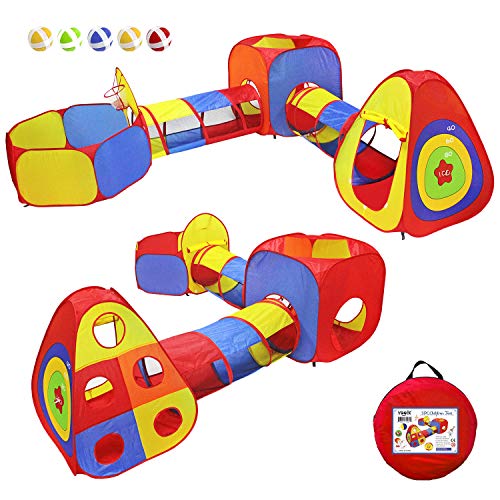 You should not discourage your dog from showing affection. A dog pack is naturally a very close-knit group, and each member of the pack depends on the others for constant validation and affirmation that everything is ok.

Perfect example: Right now, my youngest dog is trying to jump up in my lap and lick my face. She isn’t hungry, as she has just been fed. She isn’t thirsty, as her water bowl is full. Rather, she is looking to her master for reassurance and comfort.

When your dog looks to you for reassurance, you can give them what they need without allowing them to slobber all over your face. Pet them on the head, tell them what a good dog they are, and maybe even give them a treat if they have earned such.

Dogs Lick To Get Your Attention

Sometimes, dogs will lick you because they want something. It might be food, or it might be water, or it might be a trip outside to “go potty,” or any number of other needs. It can be hard to figure out this kind of licking because it can mean many things.

In general, though, your dog will try to get your attention when something is wrong. Remember, this animal’s entire world revolves around you. If you don’t pay attention to their needs, who will?

If your dog is licking you for the purpose of getting your attention, it will usually be accompanied by other attention-getting behaviors like pawing and whining. They may want food, water, or just some attention from you. 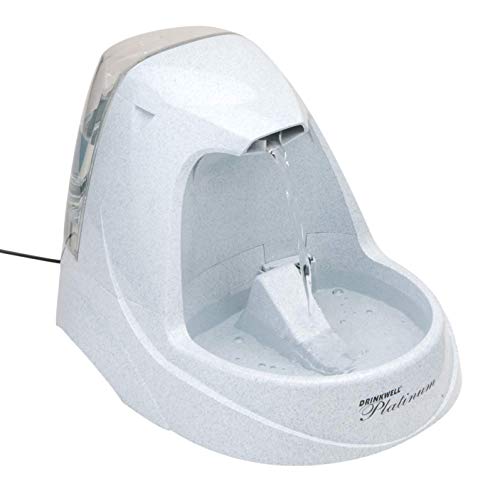 Dogs Lick To Soothe Tensions Among The Pack

Although this theory has not been proven, some researchers suggest that licking is an appeasement behavior. This is a fancy way of saying that the lower-ranking dogs will lick the higher-ranking dogs as a way to show respect for their dominant status.

Here’s a scenario you might have experienced: You come home from wherever to find that your dog has torn up the house. There’s trash everywhere, urine on the walls, and feces on your couch. This, of course, warrants a disciplinary response.

Later, after the mess is cleaned up and you have calmed down, the dog comes back into the room. They’re crawling low and giving you an apologetic look. Then, they walk up to you and begin furiously licking your hands and face.

When this happens, it is a conciliatory gesture. Your dog may not understand why it’s bad to dig in the garbage, but they do understand when their master is angry with them. Face-licking can be a way for them to say “I’m sorry.”

Some theories also hold that dogs will lick for the purpose of staving off conflict. When a fight is imminent, a comforting behavior like this would naturally be helpful. This is especially true if you happen to be one of the smaller dogs in the pack.

Dogs Lick For Cleaning And Healing

As we already mentioned, dog saliva has certain antibacterial properties that make it helpful for sanitary purposes. Even without this, however, dogs would probably still use their tongues to clean themselves.

Saliva contains nitrites, a type of chemical that is often used to preserve meat. Of course, your saliva contains a low concentration of them, which is good. Nitrites can be harmful to living creatures if they build up to a high level. 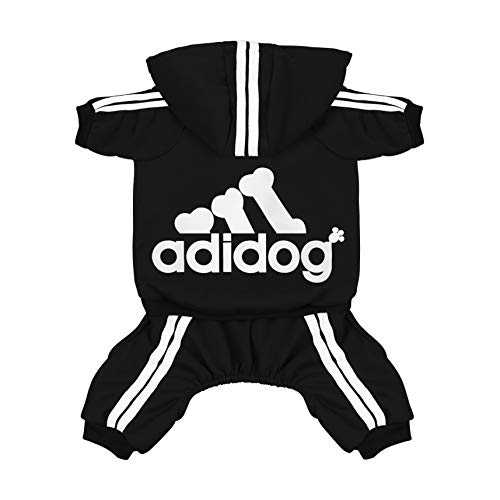 When these nitrites from saliva come in contact with mammalian skin, they form tiny amounts of nitric acid. This is really surprising because nitric acid is a highly corrosive substance that can liquify most metals.

Of course, your stomach also contains hydrochloric acid, the same kind of acid you may have put into a swimming pool at one time or another. So, it shouldn’t be that surprising to find that your skin can also produce an acid.

If you have safety concerns about any of this, remember that it’s all about concentration. Weak acids like orange juice and soda pop can only be ingested because the stomach is already conditioned to resist acidic substances.

In any case, these trace amounts of nitric acid tend to kill harmful bacteria and other dangerous pathogens. These observations apply to both human and canine saliva. This is also why human mothers sometimes clean their children with spit.

How Do You Discourage A Dog From Licking Your Face?

This behavior, though mostly harmless, is still an aggravation. No one wants their face to be covered in spit, but you must resist the urge to come down harshly.

Both common experience and extensive research have confirmed that dogs learn better from positive reinforcement. Negative reinforcement, better known as “punishment,” might be effective in suppressing a problematic behavior, but it can also have side effects. 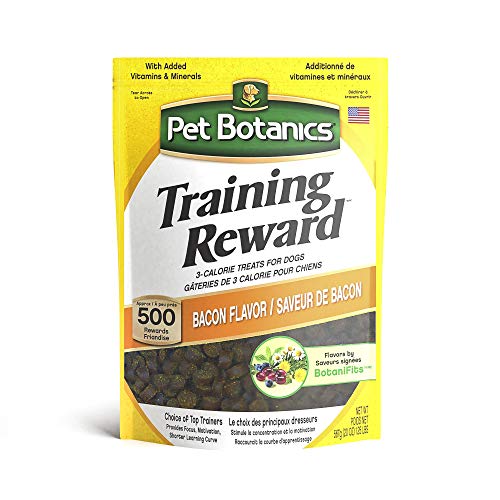 Research has shown that dogs who are subjected to harsher levels of discipline tend to display some antisocial tendencies as a result. First of all, such dogs tend to be less playful, probably because they are afraid of consequences.

Dogs that have been disciplined harshly will often be more mistrustful of strangers. This probably happens because they know how cruel humans can be, making them naturally suspicious of people they do not know.

When it comes to discipline, you should never slap or hit your dog for licking your face. Instead, push them away and then show affection in whatever way you see fit. Let your dog know you aren’t angry with them while also enforcing limits on your space.

If you discipline your dog for showing affection, this will naturally discourage the dog from showing affection toward you in the future. Unless you just want your dog to hate you or something, you should redirect their affection instead of getting mad.

Puppies Will Lick Other Dogs For Feeding Purposes

Have you ever wondered why puppy breath smells so bad? Seriously, a puppy’s breath absolutely smells rancid. How could something so cute and cuddly have such a nasty case of halitosis?

The answer is that puppy breath is supposed to be disgusting. It is part of the natural feeding process that allows puppies to grow up big and strong. Like any mammal, a puppy drinks only milk for its first few weeks of life, but what about after that?

When a puppy is weaned, their teeth are not usually ready for solid food just yet. Thus, an intermediate solution is needed. Nature provides this solution in the form of another dogs’ puke.

When puppies lick the mouths and faces of pack members, it will often cause them to regurgitate. This puke is then eaten by the puppies. Yes, that’s right; it’s completely normal and natural for puppies to eat vomit. Yes, it grosses me out as well.

Some people believe that adult dogs repeat this behavior simply because it has produced a good result in the past. However, this is only one reason why a dog might lick your face.

As you have already seen, face-licking can have many explanations. In the end, we can only judge their motivations by looking at the context of the behavior. Licking is just one of the many ways in which a dog pack communicates with one another.

Like a single word from a human language, face-licking can mean multiple things. However, like a word with two meanings, this behavior can become easy to interpret if you learn to recognize the other tells that put the whole thing in context. 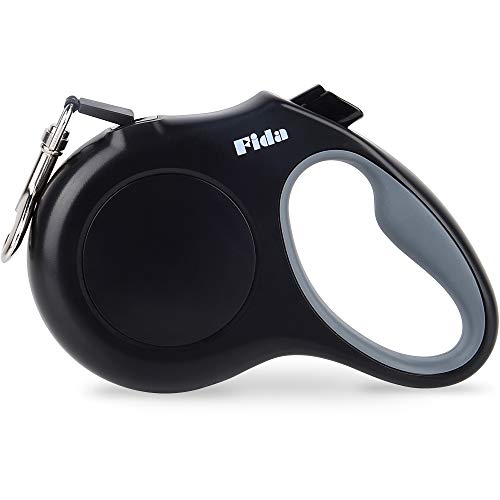 The good news is that dogs are very unlikely to make us sick with their spittle, even if it does contain some unpleasant little bacteria. This problem would not be filed as a serious risk, but rather as a secondary risk and a minor annoyance.

With a little work and a little understanding, this behavior can become a distant memory. Dogs have a natural tendency to do everything possible to please the pack leader. Once you make your wishes clear, the rest should fall into place.