It’s easy to blame the dog for the state of your floors and rugs.

Dirt and debris get carried in on paws, food and crumbs get left behind… and who could forget the constantly supply of hair being shed absolutely everywhere?

But dogs will be dogs, and only one of you has any concept of cleaning house.

So you pull your trusty vacuum out of the hall closet. Almost instantly, the mood changes: your dog has seen that infernal machine and transformed into a different animal altogether.

Usually happy-go-lucky and carefree, your dog is now pushed up against the wall with his tail between his legs. His pinned eyes suggest fear and his low growl suggests anger; his attitude towards the vacuum can be summed up as hatred.

And you haven’t even turned the thing on yet!

Why do dogs despise vacuums so much? Is it the noise, the appearance, the results or something else entirely?

And what can you do to make the necessary task of vacuuming less stressful for your poor pup?

Time to suck it up and learn the truth about dogs and vacuums!

It doesn’t take Albert Einstein to figure out that vacuums are loud. And that noise level plays a huge role in your dog’s hatred of your vacuum cleaner.

A dog’s ears are more sensitive than ours in just about every way.

For starters, humans can hear frequencies that fall between 20 Hz and 20,000 Hz. 20 Hz is about the frequency of the lowest pedal on a pipe organ, while 20,000 Hz is higher than the noise emitted by a CRT TV.

But our hearing is most sensitive between 2,000 and 5,000 Hz. It makes sense — human speech usually falls within that range.

As far as volume goes, our range starts at 0 dB, but the safe level for prolonged exposure is 85 dB — the volume of an air conditioner or a crowded restaurant.

Volume-wise, a dog’s safe prolonged volume maxes out at 85 dB, just like ours. Curiously, dog barks typically clock in at around that level.

But dogs can hear sounds as low as -15 dB, especially when their frequencies fall within the 3,000-12,000 Hz range. Decibels are measured on a logarithmic scale, so a dog can hear sounds that are three times quieter than what we perceive as almost complete silence.

Vacuum cleaners produce a huge range of frequencies, encompassing our entire range of hearing and beyond. But the loudest frequencies, at 80-100 dB, fall within the 2,500-12,500 Hz range.

That’s almost exactly lined up with the frequencies that dogs are most sensitive to.

And vacuums also produce sound in frequencies we can’t perceive but dogs can. So if that vacuum cleaner is noisy to you, it’s even worse for your dog.

Who could blame him for freaking out when it’s vacuuming day?

Imagine if you were relaxing in a comfy spot, perhaps playing your favorite video game or reading a book and enjoying the calm atmosphere.

Suddenly, someone you thought was your friend walks in, tells you to move and turns on a machine that takes the noise level from 0 to 100 in a split second.

Eventually, the noise stops and your “friend” lets you come back. But now your favorite spot looks, smells and feels different — plus your good vibes have been totally wiped out by the interruption.

You probably wouldn’t be too happy about that. So don’t expect your dog to be thrilled when you do the same thing to him!

Dogs generally appreciate routine. When food, walks, toys and naps come at the same time every day, it helps your dog feel more secure and enables him to relax better.

Vacuums disrupt that routine, especially when they come out irregularly. Sure, it’s only for a few minutes at a time, but when that time could come at any moment, there’s bound to be some anxiety.

When you vacuum, you probably think the only thing you’re doing is sucking up debris. The result is a cleaner, less offensive floor.

But to your dog, you just made things a whole lot dirtier.

That’s because when you vacuum, you’re kicking up a lot of latent smells from both your floor and the machine itself.

We can’t smell what we’re doing when we vacuum, but dogs most certainly can. They can smell the motor chugging away in the vacuum, the old detritus in the vacuum bag and the deeply-settled odors you’re lifting from the carpet.

In short, it’s a sensory nightmare for your dog.

You’d think that a creature who routinely and willingly sniffs butts would be fine with vacuum smells. But combined with the other stressors associated with the vacuum, the smells can be enough to push your dog past his limits.

We humans have a pretty good understanding of the difference between living things and machines.

Dogs, on the other hand, seem to have trouble conceptualizing those differences.

To your dog, anything that moves or makes noise is potentially alive. That’s why they’ll go after leaves fluttering in the wind or frantically try to locate beeping cars.

By a dog’s criteria, your vacuum is alive. But it’s still obviously different from other living things: it’s got wheels, it’s smooth and shiny, it doesn’t have a face and it makes a very strange noise.

With no butt to sniff, no eyes to meet and, apparently, no mouth to make that awful sound, vacuums must seem bafflingly weird to dogs.

If we saw a similar creature, we’d assume it was an alien — and we’d probably run for our lives. We may even attack it if we were sufficiently gutsy, just as some dogs are apt to attack vacuums.

How to Get Your Dog Used to Vacuums

Your dog and your vacuum may not ever be best friends, but they can coexist peacefully!

It’ll take some time and some work on both your part and your dog’s. But the reward will be incident-free cleaning time and a happier dog.

The best way to get a dog used to vacuums is to introduce them when they’re young. Puppies are adaptable and curious — they may be afraid of vacuums at first, but will quickly acclimate to them.

A dog that grows up thinking that vacuums and their sounds are normal will be less reactive towards them as an adult. Whenever possible, get your dog used to vacuums from a young age.

Leave the Vacuum Out

Don’t put the vacuum back in the closet when you’re done with it. Instead, leave it out where your dog can approach it, sniff it and make sure it’s not a danger.

If your dog only ever sees the vacuum when it makes those scary noises, it’ll learn to be scared of the vacuum. But if the vacuum is more accessible, your dog can become more familiar with it and learn to “trust” it.

The broad back-and-forth motion of an upright vacuum cleaner can be intimidating to dogs. If possible, leave the main vacuum stationary and use the hose to suck up debris.

A stationary vacuum also makes less variable noise than a moving vacuum due to the Doppler effect. It’s still loud, but a more constant noise may be less alarming to your dog.

57 Shares
Tweet
Share
Share
Pin
QUOTE:
"If you think dogs can’t count, try putting three dog biscuits in your pocket and then give him only two."
-- Phil Pastoret 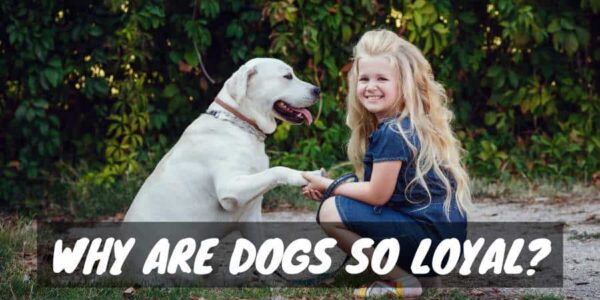