Some dogs are picky eaters, but most of them seem willing to try anything once.

From carrots to croutons to chicken to chips, no “people food” is off-limits to pups with adventurous palates.

But what’s more surprising is a dog’s ability to eat things that would make us sick. And in some cases, that seems to be what they crave!

Raw meat is one of those doggy delicacies that we humans know not to eat. That is unless we want to contract salmonella, listeria or other nasty illnesses.

But throw a dog a piece of raw beef or chicken and chances are it’ll do nothing but whet his appetite for more.

So why can dogs eat raw meat while humans can’t? And does their ability to eat raw meat mean that they should eat it?

We’ve got the answers to these questions and more. Don’t be a chicken — read on!

The Science Behind Raw Meat

But few of us know what truly raw meat tastes like. Sure, we may enjoy a rare steak or steak tartare, but for food safety purposes, those are still considered cooked.

Our oblivion is due to the fact that we’re constantly told to never eat raw meat. Scientists, doctors, and the FDA all warn us that eating raw meat will make us sick, and meat products everywhere are plastered with warnings to cook thoroughly before eating.

But there’s nothing inherently sickening about raw meat. The issues arise over time, as the meat is exposed to the wider world.

Raw meat rots the longer it’s left out. Rotting transforms the meat in all kinds of undesirable ways, converting tasty chemicals and compounds into poisonous ones.

But rotten meat is usually easy to spot and avoid. The bigger danger is meat that’s been infected with bacteria, which is much harder to identify.

Harmful bacteria, including listeria and salmonella, live all over the place: soil, water, dust, you name it. The longer a piece of raw meat is left out, the more likely it is to come into contact with these bacteria.

A chunk of raw meat is the ideal breeding ground for bacteria. It’s moist, it’s organic and it’s filled with nutrients that the bacteria need to reproduce.

Eating a piece of contaminated raw meat will infect you with any bacteria that have colonized it. The effects can be severe: vomiting, diarrhea, dehydration, fever, and chills are common.

Humans aren’t the only ones who can be infected by bacteria from eating raw meat. Dogs can also contract salmonella — in one study, around 3% tested positive for salmonella.

But dogs rarely show symptoms of salmonella infection; it simply doesn’t seem to affect them as much. An infected dog might have a couple of episodes of diarrhea, but frequently no symptoms are displayed at all.

That’s because dogs are carnivores, and carnivores have highly acidic stomachs designed to kill bacteria.

Dogs can’t cook, so in the wild, eating raw meat would be a necessity. Their stomachs evolved to be able to handle raw meat and the dangerous bacteria associated with it.

A diet of raw meat encourages the growth of special enzymes in a dog’s stomach. These enzymes assist with destroying bacteria and breaking down the tough raw meat into valuable nutrients.

In this way, eating raw meat enables dogs to eat more raw meat. Without raw meat in the diet, a dog’s gut loses those enzymes — it doesn’t need them to digest kibble and other non-raw foods.

Additionally, wild animals can safely eat raw meat because they tend to eat their prey very soon after making the kill.

This greatly decreases the amount of time the meat is exposed to bacteria and pathogens — the fresher, the safer.

Raw meat is packed with nutrients, but they’re much more locked down than they are in cooked meat. Digesting raw meat takes much longer and requires more energy than digesting cooked meat — another reason why humans get sick when we ingest raw meat.

Both wild carnivores and domestic dogs have fine-tuned digestive systems that can easily break down raw meat. The extra nutrients they gain are worth the longer digestion times and don’t require the animal to eat as often.

That’s why wolves, lions, tigers, and other wild carnivores can live such long, healthy lives while subsisting on raw meat. They, unlike us, we’re quite literally built to do so.

So we know that dogs evolved to digest raw meat far better than humans can.

We also know that foodborne bacteria like salmonella and listeria don’t affect dogs as strongly as they do us.

And we know that dogs are capable of extracting more nutrients from raw meat, providing an extra boost of protein, vitamins, and other necessary compounds.

But does that mean that dogs should be eating raw meat? And if so, should it be given as a or as a main diet?

As we’re about to see, science is divided on these issues.

Pros of a Raw Meat Diet for Dogs

Proponents of raw meat for dogs say that it’s the most true-to-nature way to feed dogs. Wild wolves don’t eat cooked meat or kibble, they eat fresh-killed raw meat, and they’ve been doing so for tens of thousands of years.

And it does seem like dogs are built to handle raw meat. Their gut enzymes and metabolisms, unlike ours, are more than capable of digesting it.

Working dogs like sled dogs and racing greyhounds have been given raw diets long before it became trendy to switch pet dogs to raw meat. Many pro-raw owners cite these as examples of how a raw meat diet improves canine health, energy, and endurance.

Cons of a Raw Meat Diet for Dogs

Many scientists and veterinarians advise against feeding dogs a raw meat diet.

Studies have shown that over 70% of commercial raw meat diets contain unsafe levels of bacteria. It should be noted, though, that these studies don’t include homemade raw meat diets.

The FDA also cautions against raw meat diets, citing dangers to both pets and humans.

Indeed, human health does appear to be the main concern when feeding your dog raw meat. We are far more susceptible to foodborne bacteria than dogs are, to the point that forgetting to wash our hands after handling raw chicken could make us sick.

There’s also the issue of providing adequate nutrition to your dog when feeding raw meat. The high protein content is a big plus, but raw meat alone can’t provide all the vitamins, minerals, and micronutrients that dogs need to stay healthy.

So should you feed your dog raw meat?

If you’re willing to practice proper food safety and read up on canine nutritional requirements, raw meat could be a real for your pup.

But even though dogs can safely eat raw meat, it doesn’t mean that there’s zero risk. Always consult with a veterinarian and/or dog nutritionist before making major changes to your dog’s diet, including the addition of raw meat.

146 Shares
Tweet
Share
Share
Pin
QUOTE:
"If you think dogs can’t count, try putting three dog biscuits in your pocket and then give him only two."
-- Phil Pastoret 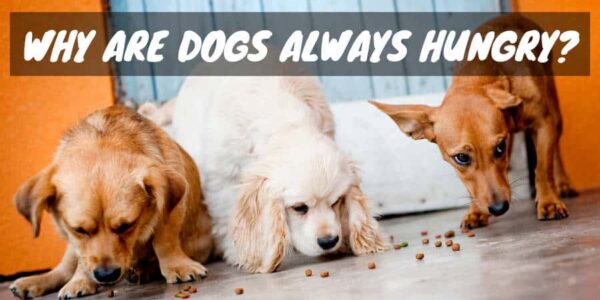 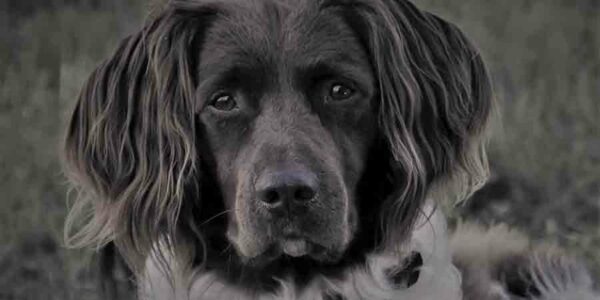 1 thought on “Pros/Cons of Feeding Your Dog Raw Meat”