The origins of the word “dog” are clouded in mystery. It possibly derives from the Old English word “docga,” which was used to describe a particular type of dog in the 16th Century. “Docga” means strong or powerful, and it was used to describe certain mastiff-type breeds that were popular at the time. Eventually, other languages picked up words similar to docga/dog, such as the Danish “dogge.”

Interestingly, until the 16th Century, dogs were more generally referred to as “hounds,” from the German “hund.” Words in German are innately gendered as they are in many other languages, and “hund” is a masculine word; “hundin” would be the feminine version. It was generally considered that male dogs were the default and that female dogs needed a different name. 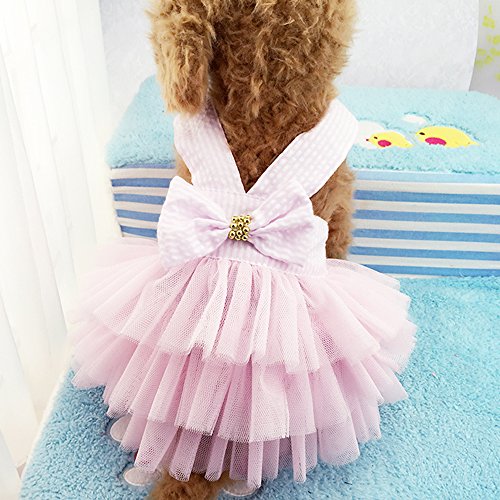 It’s likely that when the switch was made from calling all dogs “hounds” to calling them “dogs,” the gendered assumptions of the old German carried over and the male term continued to be the default.

A male dog used for breeding is called a “stud.” A female dog is a “bitch.” Together, they have “whelps,” “pups” or “puppies.” There is no linguistic designation between male and female puppies; all young dogs are considered puppies until they reach the appearance of adulthood.

Unlike livestock, where castrated animals have additional names, there is no special term for a dog that is intact as opposed to neutered. However, the name of the sterilization procedure is gendered. Male dogs are “neutered” by having their testicles surgically removed. Female dogs are “spayed” by having their uterus and ovaries removed.

Charles is a publisher at the "Dogs and Treats" website. Charles is particularly keen on Keeshonds and German Shepherds, however, he grew up with Siberian Huskys. At one point, his family had 5 of them!