Understanding who has ownership of a dog can be surprisingly difficult. Pet owners typically think of their dogs as members of the family, but in the eyes of the law, they’re viewed more like cars or household-assets.

If you’re going through a break-up, divorce, or you’re just looking to seize ownership of the family dog, it’s important to understand how ownership is established. The last thing that you want is to believe you’re the dog’s primary owner, only to experience the heartbreak of losing your best friend.

Table of Contents show
What Determines Ownership of a Dog?
What the Courts Use to Determine Ownership
Dog Registration
Veterinary Records
Microchipping
Is the Dog a Purebred?
How Can You Transfer Ownership of a Dog?
Are Dogs Considered Property?
How Much Time Must Pass for a Dog to Be Considered Abandoned?
Can Animal Control Take Your Dog Away?
Final Thoughts

What Determines Ownership of a Dog?

Ownership of a dog is determined in a court of law by a Judge. The Judge will base this decision (absent compelling circumstances) on specific documentation that includes the dog's registration and veterinary records.

What the Courts Use to Determine Ownership

In a court of law, a Judge will ultimately determine who has rightful ownership of your dog.

The first thing a judge reviews is your dog’s registration documentation.

Well, a fee is paid for the licensing, and it shows an investment on the owner’s part. It also establishes the pet as property belonging to an individual.

When signing your name on the registration and licensing forms, you’re not only confirming ownership, but responsiblity for future licensing fees and any liabilities that occur because of the dog.

The second aspect that the court examines is veterinary records. When you first visit a veterinarian, the staff will ask who the pet owner is. A couple may sign their names to the medical documents, and for a court, this shows that both sides were interested in their pets’ wellbeing.

If you want to ensure that the pet is yours, having your name added to any medical records is an excellent precautionary step.

Along with vet records, a court will also review vet bills. If you primarily paid the vet bills, then the court may decide in your favor. This shows that you had a monetary and emotional investment in the pet’s health.

A third aspect is microchipping. Many pet owners these days choose to have their dogs microchipped. The microchip enables vets and other animal organizations to scan the chip to determine who its owners are and where it belongs. Similar to when you first visit the vet, you’ll have to assign a name for an owner during the microchip process.

The court will look at that name to help them decide who the dog’s proper owner is.

Is the Dog a Purebred?

One last aspect that may concern your pet is its status as a purebred. If it is, you should register your pet with the American Kennel Club. During this registration process, you’ll again have to submit your name as the dog’s owner. The court will examine this name when determining legal ownership.

How Can You Transfer Ownership of a Dog?

If you are the primary owner of a dog and you want to transfer ownership to someone else, there are a few steps that you’ll need to take.

First you need to establish that you are indeed the owner. You obviously can’t transfer ownership of a dog unless you’re the legal owner.

To establish this, you should download an ownership transfer form and sign it. The owner should also draft a bill of sale, which should include any microchip number. That bill of sale should then be given to the person who is taking ownership of the dog.

You’ll also need to contact the dog’s vet. The veterinarian will need to sign a letter that states who the new owner of the dog is. In that letter, the microchip number should also be included.

Finally, you’ll need the license as well as vaccination records that display the microchip number.

It should be noted that vet bills alone aren’t proof of dog ownership.

Depending on where the new owner is acquiring the dog — from you or a shelter, you may need to pay a transfer fee. In the case of a rescue or shelter, the fee can sometimes be waived.

There likely won’t be any extra fees for a simple transfer of ownership, e.g. from you to someone else.

If the previous owner died, then you’ll need a death certificate to prove it.

When you buy a dog, it’s difficult to think of them as property like your car or house. Yet, in the eyes of the law, pets are considered property.

Someone who has been emotionally invested in their dog might face heartbreak if they weren’t the one who signed the registration form(s) or took them to the vet. While you may consider your pet an actual member of the family, they’re still considered property.

How Much Time Must Pass for a Dog to Be Considered Abandoned?

In cases where a dog is left at the vet’s office, for example, a certain amount of time can pass before it is considered abandoned. When that happens, the vet can place a lien on it. This allows them to sell the dog, euthanize it, or give it to a rescue or animal shelter.

If a vet places a lien on the dog, it has to wait between 10 and 20 days for the dog to be considered abandoned. After that period has passed, they’re within their rights to do what they need to do with the dog.

Depending on what state you’re in, this length of time may be longer or shorter. Local pet laws may also determine what a vet can do with a dog after it has been considered abandoned.

It’s actually illegal to abandon a dog. You can be hit with some unpleasant fines, which can sometimes be as high as $500. You’ll also be charged with a simple misdemeanor.

To avoid this, you should ensure that you are legally transferring your dog’s ownership to someone else.

Can Animal Control Take Your Dog Away?

Animal control can take your dog away even if it isn’t doing anything harmful. For instance, if your dog doesn’t have a license it shouldn’t be outside. Otherwise — believe it or not — in some states it’s viewed as a wild animal and can be seized.

In certain states, if animal control cannot seize your dog, officers are given the right to terminate the dog on the spot. This is typically done if your dog presents itself as a danger.

Once the dog is taken, you have five days to claim it. Otherwise, the shelter can terminate the dog. In some cases, rescues and other shelters may be able to seize your dog to save its life. However, if animal control takes your dog, then you must pick him up.

The bottom line: be proactive and take action. If your dog means a lot to you, follow the guidance above and ensure, in the eyes of the law, you’re the legal owner.

150 Shares
Tweet
Share
Share
Pin
QUOTE:
"If you think dogs can’t count, try putting three dog biscuits in your pocket and then give him only two."
-- Phil Pastoret 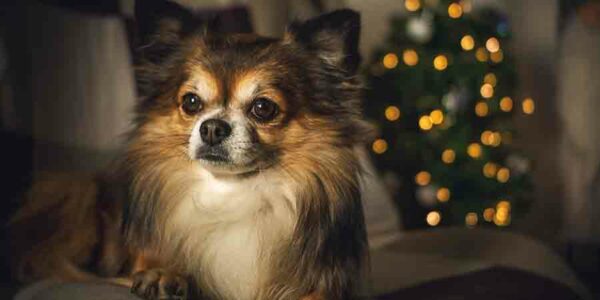 7 thoughts on “What Determines Dog Ownership: How Courts Decide”