Have you ever noticed how much dogs sleep? Nearly anyone who has ever owned a dog can’t help but notice that they spend a lot of their day curled up and asleep. At this point, many dog owners would say that the dog is lazy and think no more.

Obviously, you are a more responsible dog owner, or else you wouldn’t be interested in reading this. As such, we are going to familiarize you with the issue of canine sleep, with an emphasis on developing a correct understanding of their habits.

Table of Contents show
How Many Hours Per Day Should My Dog Sleep?
Why Do Dogs Sleep So Much?
How Do I Recognize A Sleeping Problem In My Dog?
Does My Dog’s Environment Make A Difference?
Could My Dog Have A Sleep Disorder?
Narcolepsy
Sleep Apnea
Could My Dog Just Be Bored?
Conclusion

How Many Hours Per Day Should My Dog Sleep?

This will vary somewhat depending on a variety of factors. However, most dogs will spend almost half their life sleeping. It is also perfectly normal for your dog to spend about half the day asleep. They normally sleep 10-12 hours a day.

Bear in mind that the above is a rough estimate. Several factors can influence the amount of time that your dog sleeps. As such, don’t be alarmed if your dog sleeps a little more or less than 10-12 hours.

First of all, age makes a difference. Older dogs tend to spend a lot more time sleeping since they don’t have quite as much energy as the younger dogs. This is just the natural result of aging and should not be any cause for concern.

Puppies also tend to sleep a little bit more. In fact, newborn pups will spend the vast majority of their time asleep. For their first two weeks of life, they do little else besides sleep and nurse. You can expect them to sleep a little less as they grow up.

Another determining factor is the breed of the dog. It is important to remember that every breed of dog was created for a purpose. Since some jobs require more energy than others, it is natural that there are activity differences between the various breeds.

As a general rule, large-breed dogs will sleep more. This makes a lot of sense when you think about it because a large machine has more need to conserve fuel than a small one. This is why little dogs tend to be so lively and energetic all the time.

Some of the largest breeds, like mastiffs and saint bernards, may spend as much as eighteen hours a day sleeping. Some of the smaller breeds may sleep as little as eight hours per day. As you can see, dogs tend to sleep more than we do.

Why Do Dogs Sleep So Much?

There are several reasons that dogs sleep longer hours than most humans. The first and most obvious reason is that, unlike you, your dog doesn’t have to be anywhere. They don’t have to go to work or school, so they can sleep as much as they want.

Canine sleeping habits are also related to their wild roots. Wild dogs tend to spend a lot of their time in the den. This is important because it allows them to stay warm in the winter by conserving body heat in a cramped space.

Incidentally, this is why your dog always wants to lay with you when it’s cold. Their natural reaction to cold weather is to curl up with the rest of the pack. This is why the Inuit refer to a frigid night as a “three-dog night.”

Spending a lot of time in the den is also very comforting to a dog since the first several weeks of their lives would have been spent in just such a place. As such, sleep tends to be a comforting and coping mechanism for dogs.

It is also worth mentioning that dogs are very efficient hunters in the wild. If you have never watched a documentary about wolves and their hunting skills, you should really give it a look. Efficient hunting means more free time in which to rest and sleep.

You may have noticed that, although dogs sleep a lot, they also tend to wake very easily. This is another natural adaptation. In the wild, it is useful for them to conserve energy, but they still have to be wary of other predators.

This also happens because of the way a dog’s sleep cycle works. True restful sleep is called REM sleep. REM stands for Rapid Eye Movement because rapid eye movements are the best indicator that someone has reached this level of sleep.

Dogs seem to have a harder time reaching REM sleep, and that’s why they need more sleep than we do. REM sleep is a deep sleep in which you’re harder to awaken, and the watchful nature of the dog hinders deep slumber.

How Do I Recognize A Sleeping Problem In My Dog?

Whenever you see a major change in your dog’s sleeping habits, it should be cause for concern. A behavioral shift like that is unlikely to occur without reason. A visit to the vet is always a good idea if you notice such a change.

A visit to the veterinarian is the right step to take in this situation because a change in sleeping behaviors can sometimes indicate a serious health concern. It never hurts to be careful and make sure that you aren’t dealing with a major issue.

It might be the case that your dog simply isn’t getting enough nutrition. Poor nutrition can cause a dog to sleep more often than normal. This happens because the dog’s body is not getting the nutrition it needs. Buy some better dog food and see if that helps.

In addition, worms can also make a dog lethargic and listless. This is because many of the nutrients that they ingest are being stolen. Fewer nutrients ingested will mean less energy. Worms steal the energy from your dog, which will certainly make them lazier.

Does My Dog’s Environment Make A Difference?

Environmental factors can have some impact on your dog’s sleeping habits. For instance, an outside dog will generally tend to sleep less. This probably happens because the outside dog has more to hold their attention.

An indoor dog doesn’t have as much to do when its owner is busy. As I write this, my two bulldogs are fast asleep, but I’m sure they would jump up and play very quickly if I showed them some attention.

Could My Dog Have A Sleep Disorder?

There are certain sleep disorders that can affect canines. Two of the most serious, narcolepsy and sleep apnea, will occasionally become a problem for dog owners. Thankfully, these issues are somewhat rare in dogs.

This is a disorder that causes animals and people to fall asleep spontaneously. Narcoleptics are simply unable to remain awake, even if they try their best. For dogs, this is extremely rare, but it does happen.

Obviously, this is a rare and serious problem, and you should take your dog to a qualified and trusted vet. This probably isn’t something that you can on your own.

This is a severe problem that sometimes affects both humans and dogs. Sleep apnea is characterized by breathing difficulties during sleep. Sleep apnea sufferers normally complain of waking up and being unable to breathe for a short time.

Obviously, this condition can be fatal if it becomes advanced enough. This is another serious condition that you should not hesitate to bring to your veterinarian. Even if death doesn’t result, serious complications can come from sleep apnea.

Research (cited below in the sources) indicates that sleep apnea can lead to a degeneration of the muscles in the neck. This includes the muscles that regulate the airways, irritating the problem and making its effects more dangerous.

Could My Dog Just Be Bored?

There is a chance that a sleepy dog might just have nothing better to do. I think all of us, at one time or another, have taken a nap that we didn’t need. I would wager that every one of you has taken a nap out of boredom at least once.

If your dog is an only pet, consider the possibility of getting another. It is best to get another dog of the same breed. However, some dogs like cats and will befriend them readily, so use your best judgment according to your dog’s habits.

You might consider getting your dog a bunch of toys, but that probably won’t help much unless combined with other measures. Dogs are social animals, and a bunch of toys won’t take the place of stimulating company.

I made a “jungle gym” for my dogs, similar to the cat condos that some people make for their cats. Of course, it’s a lot bigger, and it doesn’t have any tunnels, but the idea is the same.

Make a small double-a frame out of thick wood or steel. If you don’t know what that means, think about a swingset. From the top bar, attach several hanging ropes. Tie your dog’s favorite toys to the bottom end of the rope.

You might also consider putting a inside a rope ball so that they have a reason to use it. Dogs can play tug-of-war with themselves using a setup like this, although they will always prefer your company to the dummy.

As you can see, dogs love to sleep. I would say that sleeping is a dog’s third-favorite thing in the world, right behind their pack and their food. So don’t be alarmed when your dog spends a lot of time on the couch or in the doggy bed.

That being said, observation of your dog’s sleep habits is a good way to keep track of their overall health. You should never hesitate to check things out if your instincts and observations send up the red flag.

Although vet visits can be expensive, it is important to remember that your dog depends on you for every aspect of their well-being. If you don’t look after their health, who will? Surely, such a loyal and devoted creature deserves the best life you can give them.

119 Shares
Tweet
Share
Share
Pin
QUOTE:
"If you think dogs can’t count, try putting three dog biscuits in your pocket and then give him only two."
-- Phil Pastoret 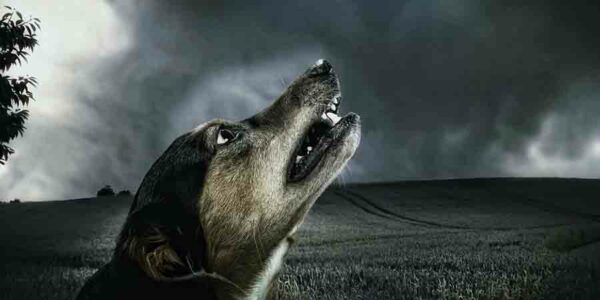 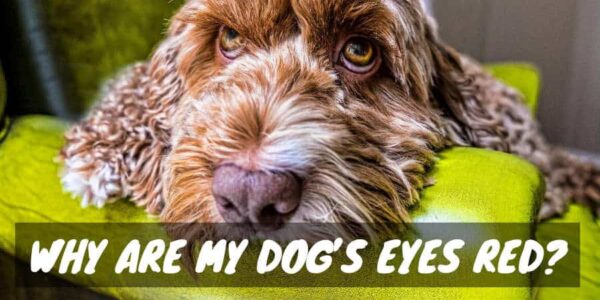 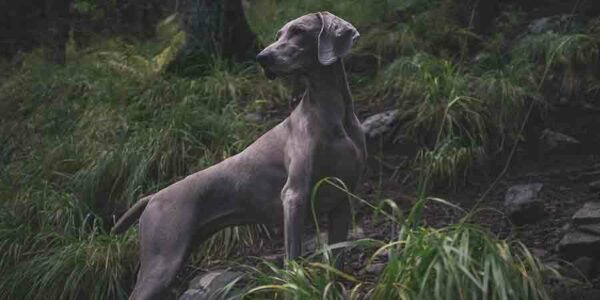 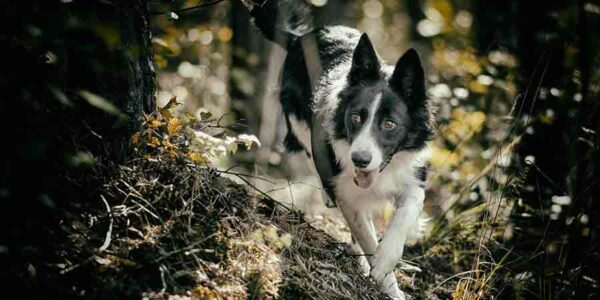