Skip to content
Home » Dog FAQs (Frequently Asked Questions) » Dog Fighting Fact Versus Fiction: What Is a Bait Dog?
Share
Table of Contents show
What is Dog Fighting?
What Kind of Dogs Are Used in Fights?
Why Do People Get Involved in Dog Fighting?
Are Bait Dogs a Myth?
Bait Dogs as a Marketing Term

A bait dog is a dog used to test a fighting dog’s instincts or to train a fighting dog. The purpose of a bait dog is to elicit a predator response in the fighter without putting the fighter in a position to be harmed. Because large amounts of money often ride on the outcome of illegal dog fights, fighting dogs are valuable; protecting them from injury during training and testing is a priority for their handlers.

Bait animals are not always dogs. Sometimes other animals are killed such as cats or rabbits. Bait dogs may be small breeds or puppies. They may also be dogs that have failed at being proven fighters. Sweet-tempered and non-athletic stock are sometimes used by dog fighters as bait dogs so that the animal does not go to waste.

When a larger dog is used for bait, its mouth may be muzzled or taped shut so that it will not harm the prized fighting dog.

The concept of “bait dogs” is one that gets a lot of media attention, especially when a high-profile rescue is made. However, many animal welfare groups argue that bait dogs are not as common as the media would make it seem and that much of what the public knows about dog fighting is fiction or exaggeration.

What is Dog Fighting?

Dog fighting is a blood sport that pits two dogs against each other in a fighting ring. Bets are placed on the outcome of a match, and dog fights are often associated with organized crime, gangs and other illegal underground activities. 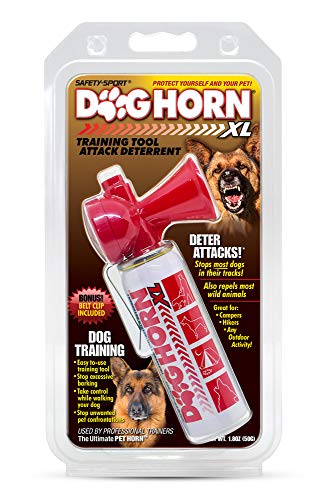 Blood sports are an ancient but cruel form of entertainment. Animal fighting occurred in many forms throughout history, and many modern dog breeds were originally bred to participate in blood sports. For example, the Romans sometimes pitted fighting dogs against other animals like elephants in the Coliseum. Bull-baiting and bear-baiting were popular in England until the 1800s. When those sports fell out of fashion, dog fighting rose as a replacement.

Fighting dogs were first imported into the United States before the Civil War, and these fights became a spectator and betting sport. In the early days, dog fighting was supported by the United Kennel Club and was promoted as a viable sport. By the 1860s, concerns over the cruelty of the practice had begun to grow. However, dog fighting continued and would not be made legal in all 50 states until 1976. There are still many people involved in dog fighting activities. Today, the sport is most commonly associated with street gangs, who may use dog fighting as a way to settle rivalries and as a form of illegal underground betting.

What Kind of Dogs Are Used in Fights?

Throughout history, many dog breeds were involved in fighting and blood sport. Today, the best-known fighting breed is the American Pit Bull Terrier, commonly known as a pitbull. Pitbulls are the nation’s most common dog, and many distinct breeds with a similar appearance are called “pitbulls” by laymen. These breeds include the American Staffordshire Terrier, the Staffordshire Bull Terrier, the American Bulldog, the Presa Canario and the Dogo Argentino are all examples of dog breeds commonly called pitbulls. Pitbulls make up about one third of all dogs in animal shelters.

Due to their use in fighting rings, pitbull-type dogs are often viewed in a negative light. The breeds are banned in some areas in an attempt to cut down crime or simply out of fear of the dogs. However, there are many supporters of pitbulls who are fighting strongly against this legislation because most of the members of the breed are not vicious. Only a handful of fighting dogs that were born and trained specifically for that purpose are vicious, and even some of those dogs can be rehabilitated. 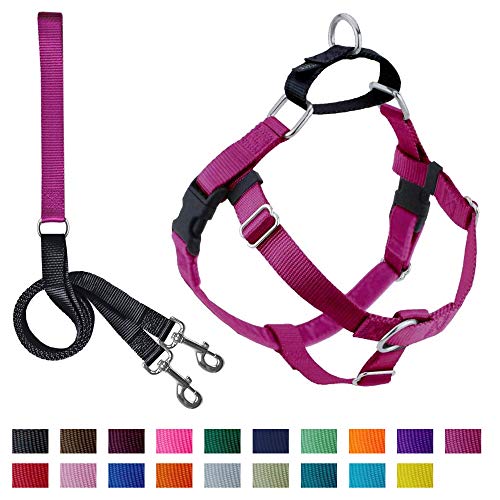 Why Do People Get Involved in Dog Fighting?

Because dog fights are illegal, it’s hard to get an idea of how common they are. The ASPCA suggests that the number of active dog fighter in the U.S. numbers in the tens of thousands. Activity seems to have declined since the 1990s, but there have been several high-profile raids and exposed fighting rings that suggest that dog fighting is still occurring in the country at a fairly steady rate.

The primary reason that anyone would get involved in dog fighting is money. Because fights are associated with illegal gambling, fights can be very lucrative for the handlers of winning dogs. Breeding and selling fighting dogs is also profitable; some people make money from selling dogs from successful or promising bloodlines.

The overwhelming majority of fighting dogs are pitbull type breeds or mixes. When other types of dogs are found in fighting rings, they are usually considered bait dogs. Some pitbulls may also be used as bait dogs if they fail to perform adequately in a fight.

Are Bait Dogs a Myth? 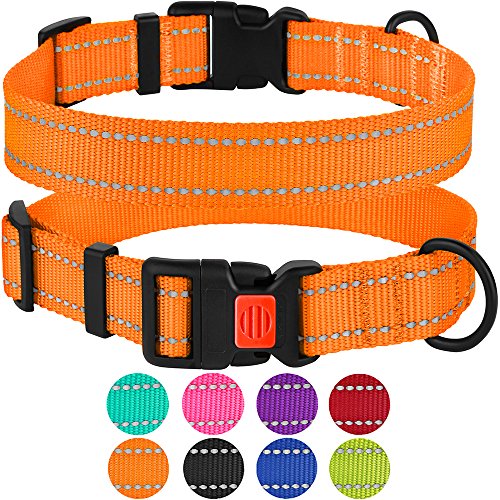 Although bait dogs are frequently mentioned in the media when dog fighting is discussed, some would argue that baiting is far less common than it would appear, and that spreading the idea that bait dogs are used can create dangerous misinformation.

One problem with the idea of using a bait dog is that it’s unlikely to be very effective for training a dog to fight. A dog that is skilled at killing a weak animal that doesn’t fight back is in no way better equipped to fight a dangerous opponent. In fact, a dog that was trained on weak or muzzled opponents is more likely to back down from a fight against a more aggressive dog.

The methodology of using a bait dog seems to rely on the “taste of blood” myth, which is the idea that a dog can be “turned” vicious by encouraging it to kill. Once the dog has killed once, it will be more eager to do it again.

This is not how animal behavior works. Although many people believe in this wive’s tale, the truth is that dogs are not motivated in this way. Dogs can and will fight one another under specific circumstances, and viciousness has little to do with it. Dog-directed aggression is also different from people-directed aggression; dogs that are reactive and prone to fighting other dogs can and do make excellent pets under the right circumstances.

Some people undoubtedly have tried using bait dogs in an attempt to train their fighting dogs, and this sort of cruelty is likely more common now that the idea of baiting is more commonly talked about. That does not mean that the method works, and it’s likely much less common than the media may make it sound. 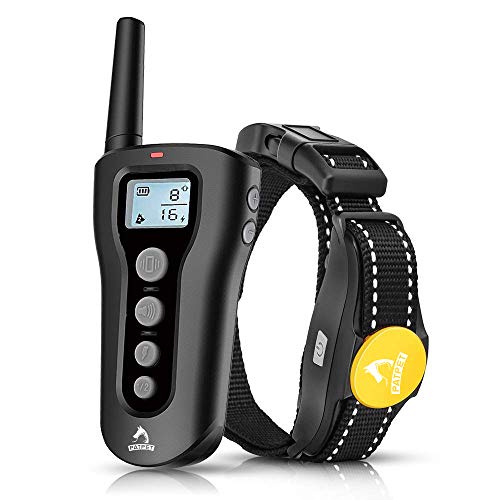 Bait Dogs as a Marketing Term

When a dog appears in a rescue situation with severe wounds, it’s common for the animal to be called a bait dog or for assumptions to be made about its origins and how it ended up in the position it’s in. The truth is that animals can be victims of cruelty in many ways and for many reasons; not every dog that is shy or timid was abused, and not every dog that comes to a shelter with injuries was used in a dog fight. However, spreading the “bait dog” story helps to solicit more attention and sympathy for the animal, which can help to secure donations for its care and to find an adopter.

Another reason that shelters and rescue organizations may talk about bait dogs is as a way to make rehoming dogs from fighting rings seem less frightening to potential adopters. Even though many dogs who have been in dog fights can be rehabilitated into loving pets, people are often very cautious about adopting a fighting animal. Many of these animals end up being destroyed.

When a raid is conducted and animals are seized from a dog fight, it’s never clear whether all of the animals on the premises were trained to fight or if they had ever been in a fight. Calling these dogs of unknown status “bait dogs” makes them more sympathetic and helps to get them adopted. 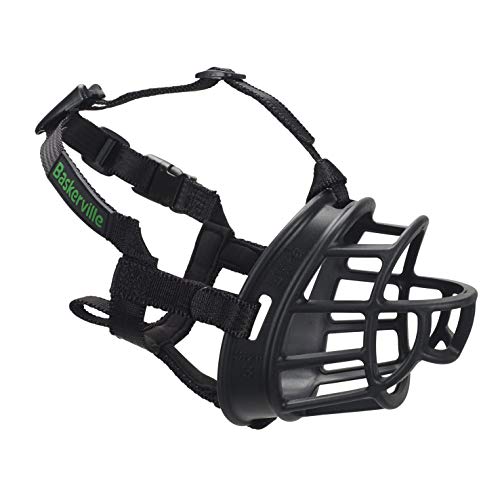 However, it is important to keep the reality of the situation in perspective. Talking about bait dogs and spreading the myth of training dogs to be vicious by encouraging them to kill other dogs is harmful. It encourages would-be dog fighters to try methods that are ineffectual and cruel.

Charles is a publisher at the "Dogs and Treats" website. Charles is particularly keen on Keeshonds and German Shepherds, however, he grew up with Siberian Huskys. At one point, his family had 5 of them!

2 thoughts on “Dog Fighting Fact Versus Fiction: What Is a Bait Dog?”